“ When I love something or someone, nothing can stand in my way.”

Before he was an established hip-hop artist, father of three, and community champion, he was “Mr. Milan” to a crew of kids atThe Mix at Arbor Place, where he mentored a generation of future leaders.

Seeing the effect of love and support on young minds reminded Milan of his time growing up in Washington DC; his mother was a community activist, someone who was known on the street no matter the block.

“She was a ‘neighborhood woman,’ it made me want to be a ‘neighborhood guy’.” He’s turned that spark at The Mix into a worldview, and works tirelessly to inspire his community to dream fearlessly about the world they want to see, and feel the beat of extraordinary community. 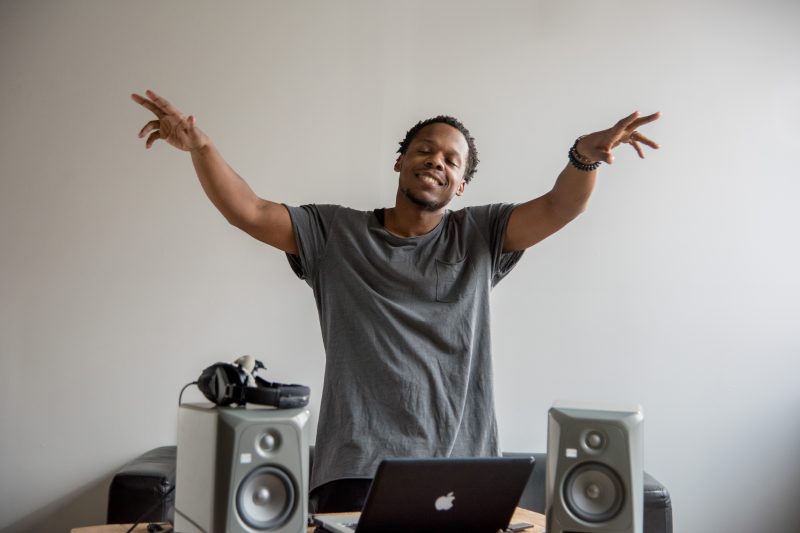 Partnering with the Community Foundation, Milan has featured in music videos, performed flash mobs, and even wrote an anthem for the Extraordinary Give.

Overcoming hardships, setbacks, and challenges, Milan works tirelessly to inspire his community to dream fearlessly about the world they want to see.

“When I get on stage I’m in my own world, but when I come off stage I get a lot of good feedback that people enjoyed the music. Working with The Lancaster Foundation has opened up so many new relationships for me, I’ve met a different side of Lancaster.”

“I gain my strength from quietness. Even in Lancaster City, just walking around and looking at the architecture and people, I just get inspired.”

How will you activate?